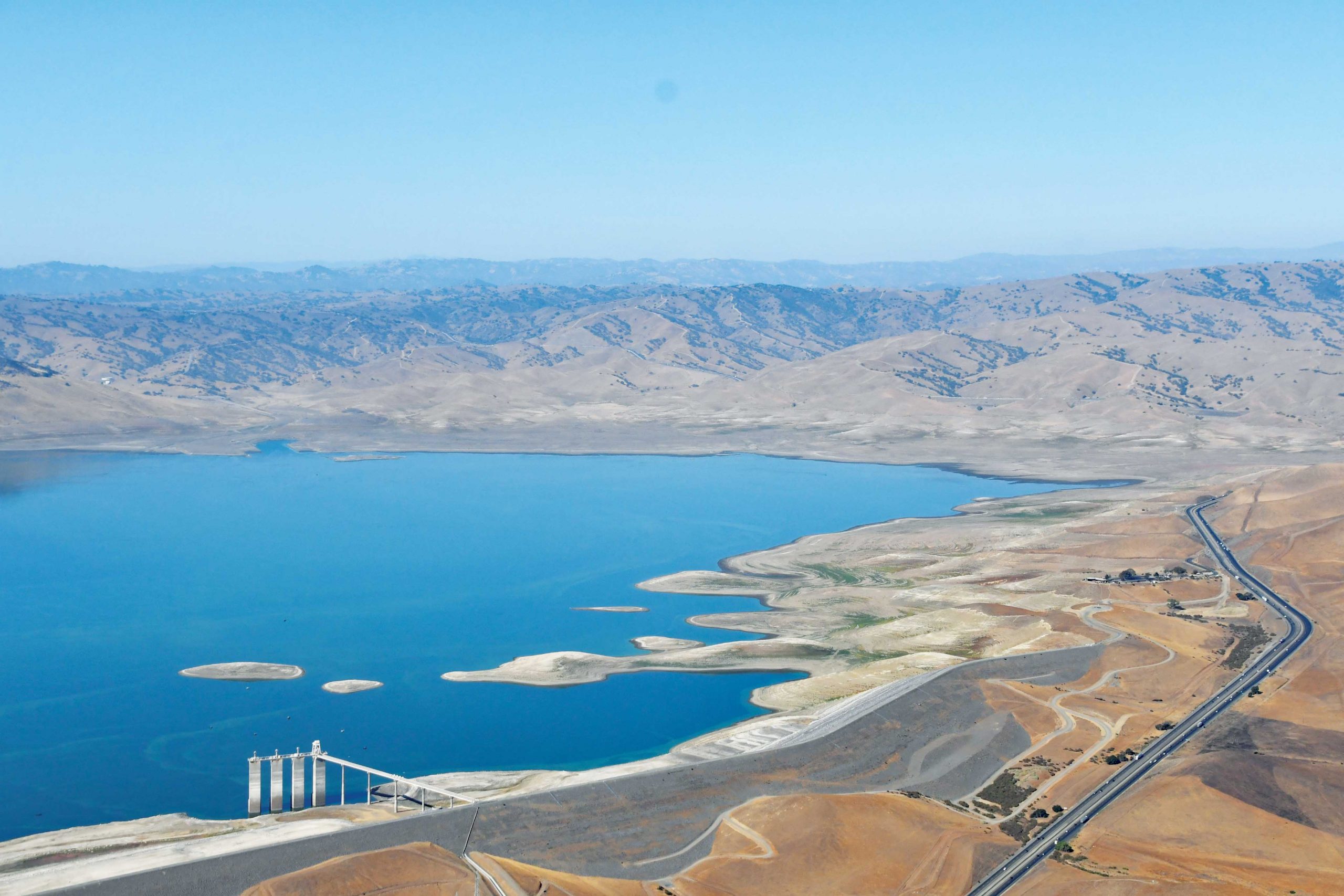 San Joaquin County water leaders say it will take more than a few wet fronts to erase the deficit caused by the past two years of below-average precipitation and runoff.

“I’m just hoping for a good storm, then a week or week and a half, another nice storm, a week or week and a half, then another storm into December and January and February,” said San Joaquin Farm Bureau President David Strecker. “We just need to pile the snow up in the Sierra and keep them plowing the roads for a long time. And I hope we get a good snowpack and don’t get a Pineapple Express so we have a controlled snow melt.”

“I think all of us across the board – whether you’re a farmer, a resident or a wildlife and environmental interest – I think we’re all hoping for some additional rain to wet up the system and get us the snow. And hopefully this will help us see some reprieve from some of these extremely dry conditions.”

While Lodi winegrape grower Dave Simpson considers himself an optimist, the water year’s tepid start had him worried.

“You cross your fingers and hope that the next storm that’s going to come in is going to have two inches and the next five storms will be like that, too. And by January, we’ll be able to say, ‘what drought?’” said Simpson, chairman of the San Joaquin Farm Bureau Water Committee. “In reality, I’m really, really concerned.”

If anything, he said, the current drought should serve as an urgent reminder of the state’s need for additional water storage, whether it is new reservoirs, raising existing dams, groundwater banking or groundwater recharge.

“I think it’s time to build the storage,” Simpson said. “We have to figure out the most cost-effective environmentally friendly solution that we can come up with. For me, personally, it’s groundwater storage, and I’m not sure everyone will agree with me. But to me, it’s just better than mailing letters of curtailment.”

He was referring to the notices the State Water Resources Control Board sent in August to thousands of junior and senior water rights holders within the Sacramento and San Joaquin River basins to halt diversions. The curtailments were temporarily suspended Oct. 18 in light of expected precipitation, but the state could reinstate them.

SJFB First Vice President Andrew Watkins also called for more water storage. He pointed to the millions of acre-feet of water that flowed under the Golden Gate Bridge out to sea during the last wet year.

“If we would have had a place to store it, we wouldn’t be in this situation,” said Watkins, who has cattle, walnuts and forage crops near Linden. “It’s not that we don’t get enough -– it’s that we don’t manage it properly. We need more infrastructure.”

Making plans in a dry year

Based on the dry fall, Strecker said he changed his planting plans. Instead of putting in a new field of alfalfa, considered a semi-permanent crop, he planted winter wheat, an annual.

“If it doesn’t look good going into next year, at least there was enough rain to get a crop, and hopefully that’s not all I have to rely on,” said Strecker, who farms row crops in the Delta. “Planting a new first-year (alfalfa) crop and you end up losing your water mid-year, it’s not a good thing.”

As a trade-off, he decided to keep an existing alfalfa field another year that he typically would have removed. As an established field, it should still yield some hay even if water deliveries are reduced.

“Hopefully, there’s a good supply of water into next year, and planning for 2023 will be a lot easier,” Strecker said.

New Melones: down but not out

San Joaquin County’s current water situation may not be as dire as during the extreme drought of 2014-15, but water managers nonetheless say they’re concerned about the last two year’s lack of precipitation.

On Oct. 1, 2015, the beginning of the 2015-16 water year, New Melones Reservoir stood at 271,400 acre-feet or just 20% of average, according to Bureau of Reclamation figures. On Oct. 1, 2021, New Melones held 842,513 acre-feet, or 63% of average. The reservoir supplies SSJID, Oakdale Irrigation District and at times part of Stockton East Water District’s water. Stockton East also draws water from New Hogan Reservoir.

OID Board President Tom Orvis said the districts had projected New Melones storage of about 1.1 million acre-feet at the end of the water year, Sept. 30. But the Bureau of Reclamation, which operates the reservoir, used about 250,000 acre-feet during the summer to address salinity problems in the Delta. Normally, the bureau would have released water from Shasta Reservoir and Lake Oroville to manage Delta water quality.

Even the current storage figures can be deceiving. Although SSJID and OID have a small conservation water account they can carry over from year to year, they don’t have access to the bulk of the water in the reservoir. That’s because their water rights reset every Oct. 1. The two districts together are entitled to the first 600,000 acre-feet of annual inflow.

All eyes are on the hydrology

Despite the dry conditions, all three districts were able to make full deliveries to the growers and urban areas they serve the past two years. Already, the districts are developing water delivery plans for 2022 based on different precipitation scenarios.

“We believe under the worst-case scenarios, we would still be in the 225,000-acre-feet range, and we’d still have water in the conservation account,” Orvis said.

Any shortfall next season within OID could likely be made up through conjunctive use, he said. This year, OID delivered about 250,000 acre-feet.

Based on hydrology and discussions with operators of the jointly owned Tri-Dam Project, Orvis said OID’s board will decide in January or February whether it will have a surplus – considered anything over 250,000 acre-feet.

Based on current conditions, Stockton East General Manager Scot Moody said his district is hopeful but doesn’t plan on receiving any water from New Melones for 2022. The district has a junior contract.

Stockton East also could be slightly shy of the New Hogan Reservoir water it needs for agricultural and urban users. It could make up some of that by pumping groundwater.

“It would be really tight right now, and we’d probably be a little short for the M & I (municipal and industrial) users based on what we’re seeing,” Moody said.

In 2015, when New Melones and New Hogan had significantly less storage, he said his district was still able to provide some water for reduced irrigations.