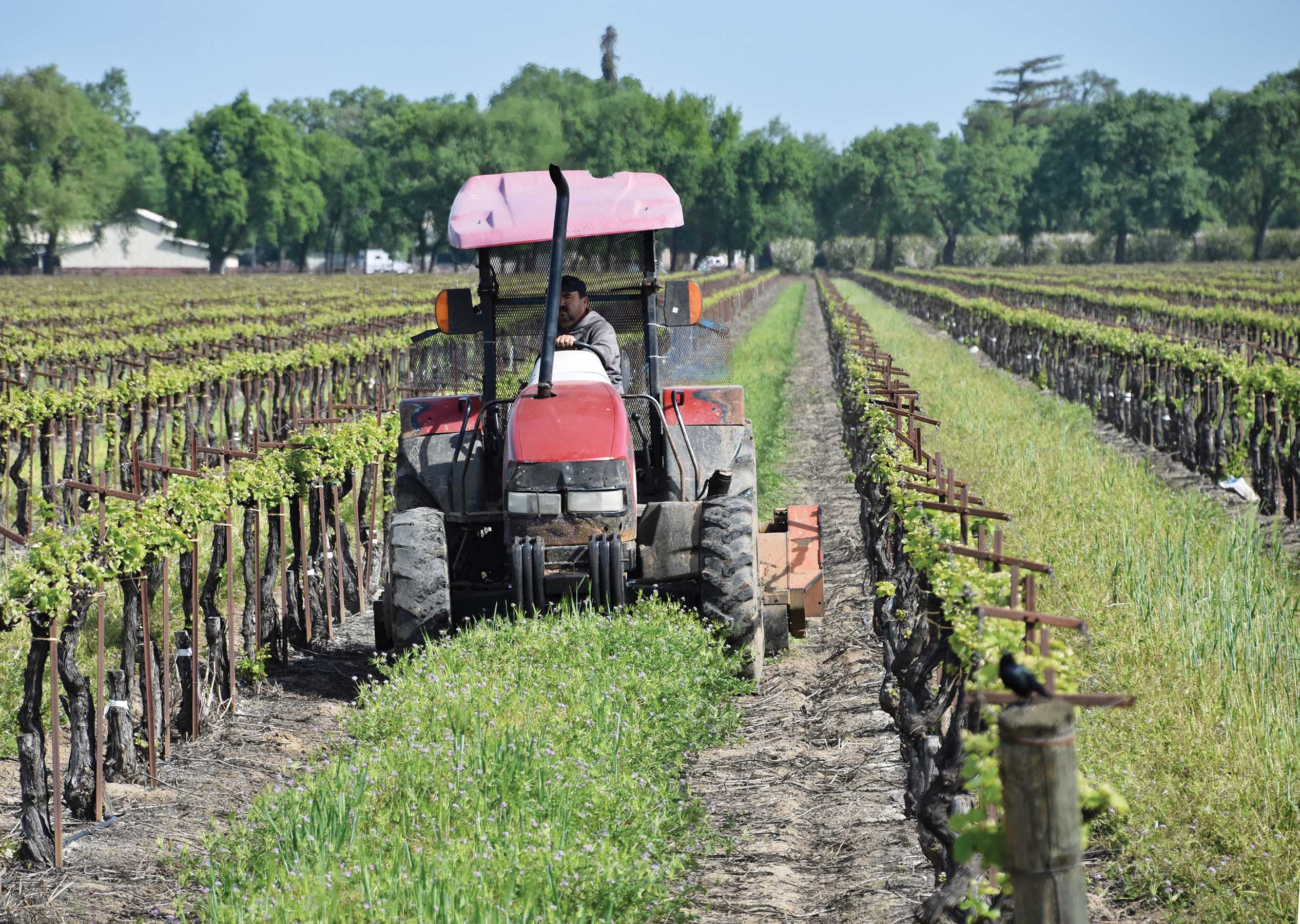 Despite the COVID-19 pandemic that some feared would hurt state finances, Gov. Gavin Newsom in January released a robust $227 billion proposed budget for 2021-22, flush with new spending and $34 billion in reserves and discretionary surplus.

San Joaquin Farm Bureau Executive Director Bruce Blodgett said he was surprised by the projected surplus and how the governor chose funding priorities.

“The pesticide assessment increase is mind boggling,” he said, referring to a proposal buried deep in the budget to change the current flat-rate mill assessment on pesticides to a tiered program based on product toxicity. “They’re talking about surpluses yet we have to raise taxes. On the plus side, for those people doing SWEEP (State Water Efficiency and Enhancement Program) and Healthy Soils, there’s funding for them. As usual, it’s kind of a mixed bag of what they will fund and what they will not.”

Although the governor touted beefing up educational spending, Blodgett said it didn’t include funding to fill vacant University of California Cooperative Extension positions.

“They’ve come up with some strange and interesting ideas about how the industry should fund itself,” Blodgett said. “I guess they haven’t noticed we have piles of grape vines all over the county and we’re trying to get through this and figure out what those folks will plant. Extension just needs to start filling those positions.”

The budget surplus – and particularly the record $90 billion of proposed school spending – also was news to SJFB First Vice President Ken Vogel, a Linden area cherry and walnut grower who serves on the San Joaquin County Board of Education. Only a couple of months ago, he and other board members were told to prepare for budget cuts.

“We were going to see reductions in funds from the state because they found they weren’t going to have enough money in their budget for things,” Vogel said. “In our budget, we always have a deficit in the special education funding because we don’t get enough money from the state.”

The projected budget surplus is due to a higher forecast for wages – especially with growth from higher-income earners – which yielded an additional $24 billion over fiscal year 2020-21, according to the budget narrative. This increase masks the significant wage decreases experienced by low-income earners, especially since the start of the pandemic.

Despite this year’s surplus, the budget forecasts it will be short lived, with expenditures outpacing revenue in just a year. It projects a $7.6 billion deficit for 2022-23, with it growing to $11 billion by 2024-25.

As part of the budget, the governor proposed replacing the flat-rate pesticide mill assessment with a risk-based tiered plan where higher toxicity pesticides are assessed at a higher fee. Currently, the assessment is a flat 21 mills or 2.1 cents per dollar of sales collected at the first point of sale in the state.

Phased in over four years, the proposed program is designed to discourage the use of toxic products in favor of more sustainable, safer products, according to the budget narrative.

Because the mill assessment carries the legal standing of a tax, the Legislature would have to adopt it by a two-thirds vote. The budget does provide an alternative of increasing the assessment to a flat-rate 23 mills, which would generate an additional $8 million annually to shore up the California Department of Pesticide Regulation.

SJFB President David Strecker said he and Blodgett met with legislators at the beginning of the year to emphasize that agriculture didn’t need any new taxes or new regulations amid the continuing pandemic.

“We need to get the economy going again,” Strecker said, adding he viewed the proposed tiered mill assessment as another tax.

And regardless of the agricultural input, whether seed, fertilizer or pesticides, he said farmers use them judiciously because of the cost.

“It’s not like we’re just putting it on for the heck of it,” said Strecker, who farms row crops in the Delta. “It’s just putting a fee on pesticides hoping people will use less.”

The tiered plan is predicted to generate $45 million in new revenue for DPR and align with the administration’s focus on environmental justice initiatives, according to the narrative. Of the new revenue, $10 million – or about $200,000 per county – would go to agricultural commissioners for enforcement activities.

San Joaquin County Agriculture Commissioner Tim Pelican said a pesticide mill increase would help bridge the gap between what his department spends on pesticide-related activities and what it receives from DPR.

Currently, each county receives funding for pesticide enforcement from DPR based on a formula, he said. It includes a number of factors, including the amount of time a county spends on the program, the amount of chemicals sold in the county and the number of inspections conducted.

“But part of the thing is we’re not getting fully refunded for the money we spend on different activities like pesticide illness,” Pelican said. “I did see where they were looking to target some of the home-use products because those are where we get the most complaints. Any time someone goes to the doctor or hospital and they were exposed to something like bleach with an EPA label, we have to investigate even though it’s home-use.”

Pelican said he expected some pushback on the pesticide mill proposal from agricultural groups. “I’m sure there are discussions to be had.”

Vogel said he didn’t think increasing the mill tax would benefit the farming industry or consumers, especially since he didn’t know how the state would spend much of the additional money.

“I understand from Tim’s perspective and I want to see things funded for them,” Vogel said. “It’s just another layer of expenses for us. Everything goes up – I don’t see anything going down, except the prices we get for some of our products.”

Under the state’s budget timeline, the governor unveils his spending proposal each January, with a revised version released in May. The Legislature debates the budget proposal and must pass related budget bills by June 15. The governor then has until June 30 to sign the budget for the fiscal year, which begins July 1.

What is in the budget proposal?

Here are a few of the budget highlights that directly affect agriculture.

Included in the Cap-and-Trade spending program is a one-time amount of $635 million that targets transportation, the largest source of California’s greenhouse gas emissions. These include trucks, buses, and off-road and agricultural vehicles.

Under Climate Smart funding is a proposed one-time $170 million expenditure spread over two years from the Greenhouse Gas Reduction Fund. It would provide funding to the Air Resources Board for the Funding Agricultural Replacement Measure for Emissions Reductions – or FARMER program – which provides cost-share to replace older diesel vehicles with newer, lower-emissions ones.

The 2020-21 budget includes a one-time amount of $40 million to support state-affiliated fairs that may not have the reserves to pay for costs incurred during civil service layoffs. With the pandemic continuing to shutter facilities, the 2021-22 budget includes $50 million to pay for business operational costs. In addition, the spending plan includes an additional $10 million for deferred maintenance, with priority given to those used fairgrounds to support emergency operations.

Also included in the budget is a one-time amount of $6 million, including $4 million in 2020-21 for a consultant to study aligning regulatory reporting requirements across state agencies to reduce the burden on farmers. In addition, the budget includes $2 million in 2021-22 to explore establishing a unified licensing portal within the California Department of Pesticide Regulation.