Backups at ports cause export concerns 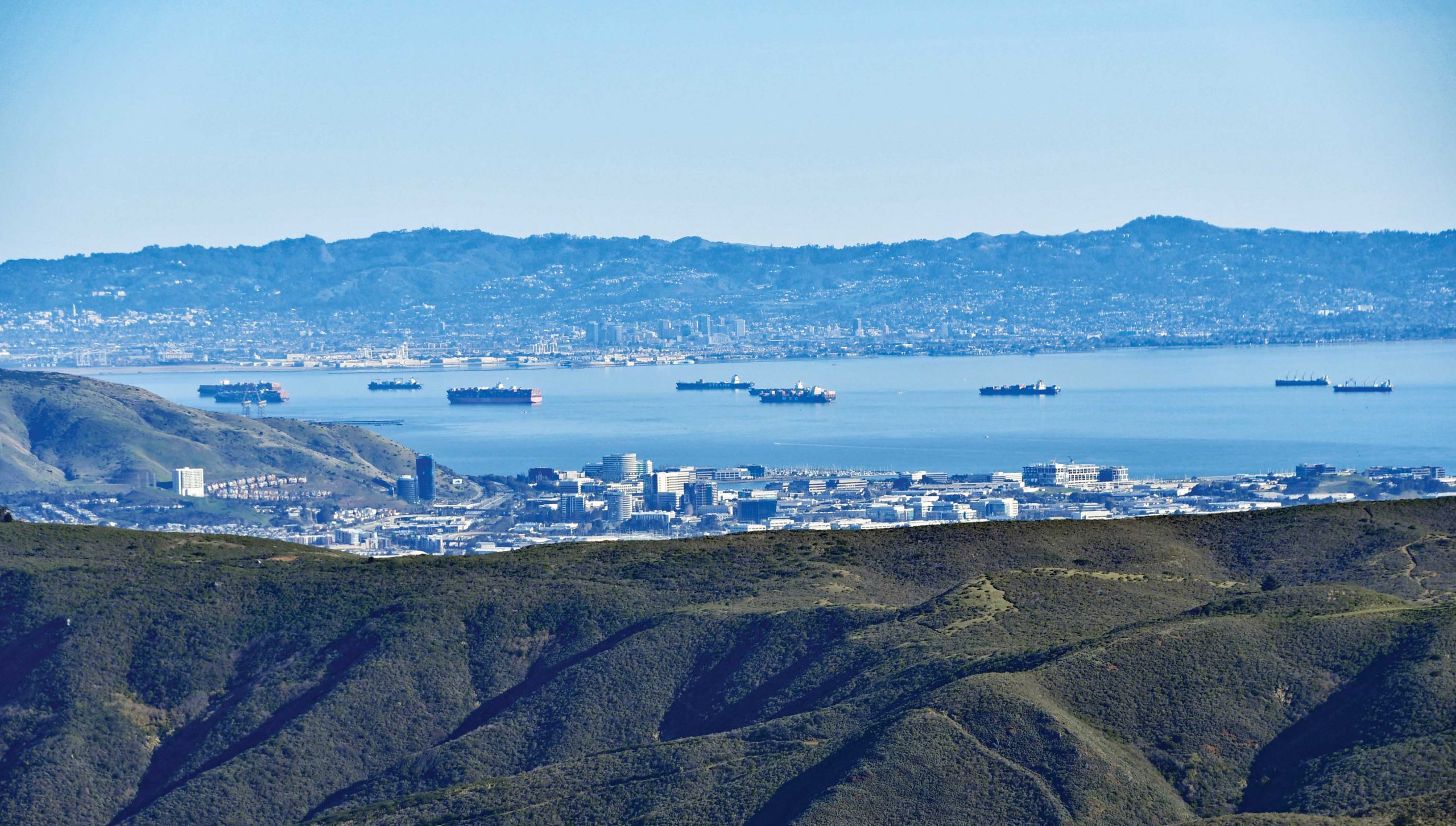 Congestion at West Coast ports, hit-and-miss ship arrivals and a lack of shipping containers have conspired to create logistical nightmares for San Joaquin County grower-packer-shippers trying to export their crops.

San Joaquin Farm Bureau First Vice President Ken Vogel, who grows cherries and walnuts near Linden, said he was concerned about how the backups might affect export sales of the county’s commodities.

“If anything hurts the market, it hurts our businesses,” Vogel said. “We have to be able to market them and ship them in a timely manner. Anything that affects ag is a problem.”

Dave Phippen, a partner in family owned Travaille & Phippen, is one of those who doesn’t know when he’ll get empty containers or when their shipments will actually leave the Port of Oakland. Nearly all of their almond crop is exported.

“It’s been a huge problem – we’ve had nothing but problems since last November,” Phippen said. “Sometimes we get containers, sometimes we don’t. Sometimes we load them and send them to the port, and they’ve changed the receiving date. Sometimes the vessel doesn’t even stop at the port.”

He said the shipping issues aren’t unique to Travaille & Phippen, either, and are an industrywide problem.

Don Barton, president and managing partner of GoldRiver Orchards in Escalon, said the current situation has also created havoc with their walnut exports, which represent the bulk of their volume.

“We’ve had situations where we book it with the shipping lines, and they cancel it,” he said. “We’ve had containers of walnuts that have rolled over and we’ve rebooked as many as a half dozen times. Our logistics people are really frustrated because they don’t know when they’re going to get rebooked.”

As a result, many industry leaders say the port issues, which started in late 2020, likely slowed movement of large nut crops and cost them potential sales.

The almond industry had been on record pace every month since the 2020 harvest moving what is likely a 3.1 billion-pound crop. But in January, the industry exported only about 135 million pounds compared to 149 million pounds during January 2020.

Phippen said the lack of containers was likely a big reason for missing the mark.

“Whatever you don’t ship in a month, you’ve lost that chance,” he said. “You have to ship something extra in the next month, so I’m very concerned what we could have done with this year’s crop. This causes me to not sleep some nights – it’s lost opportunities.”

Unless larger shipments in coming months make up for the January shortfall, Phippen said it could mean a larger almond carryover into the 2021-2022 marketing year, which starts Aug. 1.

In addition to a record almond crop in 2020, the state’s growers harvested a record walnut crop estimated to be 780,000 tons. Vogel said he remains concerned that any export delays could further pressure walnut prices, which already are low.

Phippen hulls and shells almonds shortly after harvest and stores the kernels in bins stacked four high in cold storage. He takes the bins out the day before shipping to pack the nuts in 50-pound cardboard boxes stacked on pallets.

But when containers don’t show up, Phippen has to put the boxes back in cold storage. Because they can only be stacked one high, he loses about two-thirds of his floor space.

“We were shelling all the way into February,” Phippen said, adding he had planned to be done around New Years. “We had to slow way down because things weren’t leaving the building.”

He also has learned not to load a container and have it sit in the yard overnight after one was stolen years ago. So he uses a just-in-time system.

With the port congestion, Phippen doesn’t necessarily get containers when he orders them, and he’s gone to requesting them a few days before. If they actually arrive on time, he ends up paying demurrage, or rent, while they sit around empty until loading.

Barton said most of his customers are understanding about the delays. But he did have one Swedish buyer cancel a containerload of walnuts because the shipment had to arrive before a certain date, and it wasn’t going to. Instead, the customer had to source walnuts from a closer supplier.

Fortunately, Barton said, the Swedish customer did take the other two containers they had ordered, and GoldRiver was able to find a buyer for the canceled order.

What’s behind the congestion?

The port congestion appears to be concentrated at facilities that handle containers. As a result, the Port of Stockton, which deals in bulk products, has been relatively unaffected, said Pete Grossgart, port marketing manager. Among its cargo, about 43% is ag-related, including fertilizer, rice, animal feed and food oils.

The Port of Stockton also has 15 berths and a different configuration than container ports, Grossgart said.

If a ship carrying steel imports, for example, enters Stockton, it has three berths from which to choose. At the Port of Oakland, on the other hand, container ships have to dock at their owners’ terminal and can’t go to a different one even if it’s open.

“They don’t have the flexibility in the container world that we have here,” he said. “That’s not to say we’re completely flexible – some ships have to go to a specific berth.”

As of April 22, the Marine Exchange of Southern California reported 21 container ships at anchor awaiting berth in Los Angeles or Long Beach, with another six inbound without berths. Many ships stop first in Southern California, offloading a portion of their cargo, before heading north to Oakland. On April 21, 20 container ships were anchored in San Francisco Bay or offshore waiting to unload in Oakland, according to the Marine Exchange of San Francisco.

These types of increases have domino effects on related businesses, such as containers, truckers, rail carriers, terminal operators and longshoremen, Sandifur said.

“What we’re seeing is this cargo demand has disrupted the usual scheduling and has had a ripple effect – that’s what everybody is coping with,” she said.

Although Sandifur foresees high container traffic through the summer, the Port of Oakland may get some relief from a new first-call service where ships travel directly from Asia without stopping at other West Coast ports first. As new employees are hired and trained at Oakland, they also will be able to help reduce the backlog.

The port congestion became so bad in January that California Lt. Gov. Eleni Kounalakis, Agriculture Secretary Karen Ross and Dee Dee Myers, director of the governor’s Office of Business and Economic Development, wrote to the Federal Maritime Commission seeking relief. They pointed out that agriculture, which relies on export markets, was being heavily impacted.

In a February response, the World Shipping Council, which represents about 90% of the world container fleet, and the Pacific Merchant Shipping Association said members were not shorting agriculture.

“Everyone experiencing these unprecedented conditions has been impacted by the business challenges, costs and delays resulting from the pandemic and its demand surge,” the groups wrote in response. “And that is why, in the midst of all of the disruption being experienced by shippers, carriers and ports across the globe, it is simply not the case that agricultural exporters in California are being singled out for disparate treatment in the intermodal supply chain.”

More than 50 agricultural groups followed up with a Feb. 24 letter to the Biden administration urging it to work with the maritime commission to apply the Shipping Act of 1984. The act gives the commission the authority to prohibit unreasonable and unjust practices.