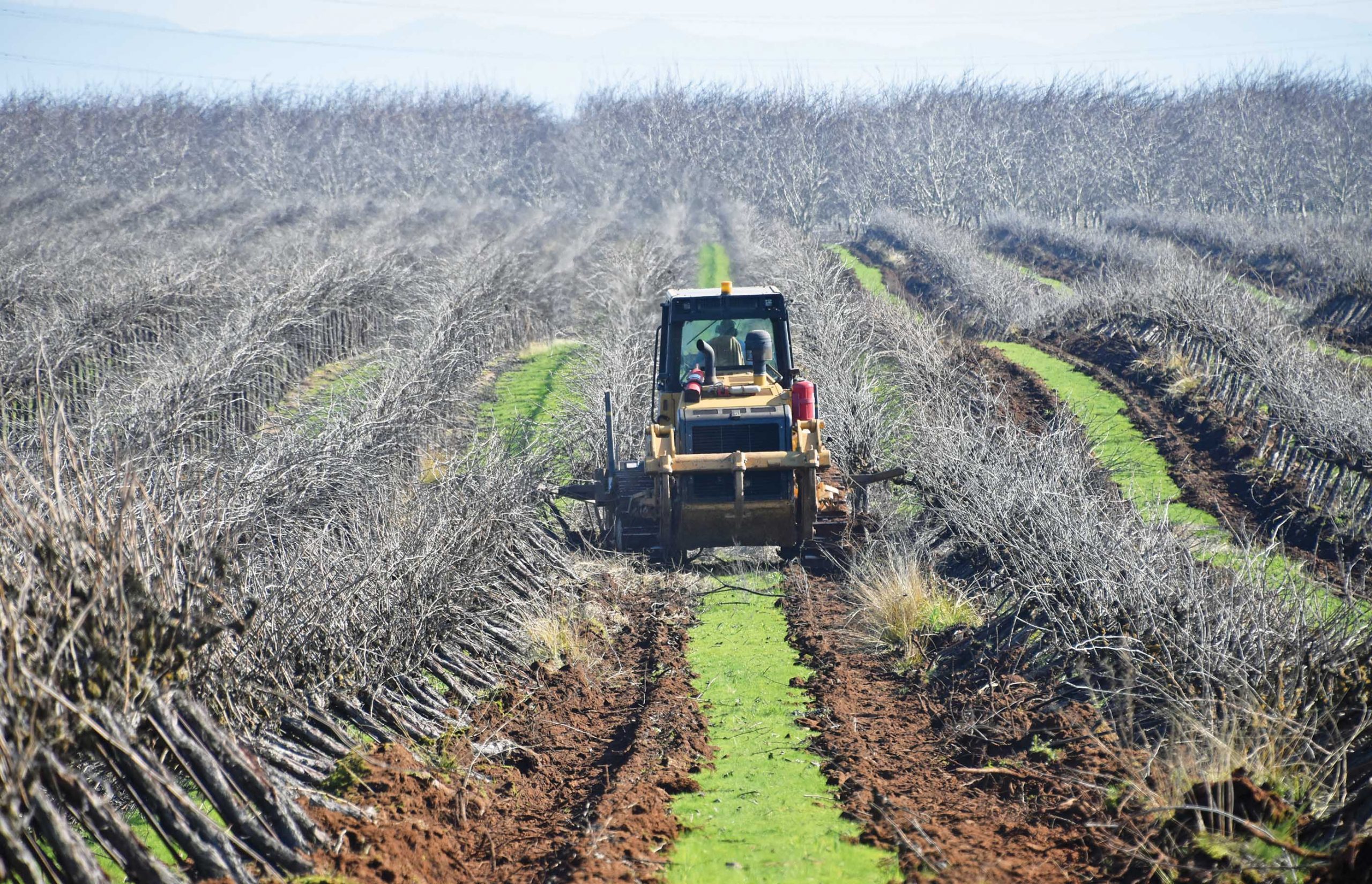 The San Joaquin Valley Air Pollution Board recently approved a draft proposal that continues the phase-out of open-field agricultural burning, including orchard prunings and larger removed orchards. But with no feasible alternatives for disposing of many old vineyards, the board agreed to continue postponing the phase-out for that sector through at least Dec. 31, 2021.

The proposal now moves to the California Air Resources Board, which will take up the matter early in 2021, said Brian Clements, valley air board program manager.

Manuel Cunha Jr., president of the Fresno-based Nisei Farmers League, cited the enabling legislation’s original language as reason why certain sectors of the phase-out should be postponed.

“It says the only way to phase out (burning) is if it’s technologically and economically feasible,” he said. “If the technology isn’t there, such as for grinding vineyards that have wire in them, the only way to do it is to burn them.”

That said, Cunha pointed to the great strides San Joaquin Valley agriculture has made to reduce open-field burning during nearly two decades.

At the same time, power generation has changed, affecting orchard and vineyard disposal. When Senate Bill 705 was enacted in 2003, the valley was home to more than a dozen biomass plants that would buy woody material, including chipped orchards, to produce power. Since then, all but a few have closed because they can’t compete with lower-cost hydro-electric, solar and wind power, he said.

The other option is to recycle the wood chips by spreading and disking them into the fallowed orchard. But that creates issues, particularly with plant diseases that can be reintroduced or spread in the plant material, Cunha said.

Grape growers removing vineyards face an even tougher quandary. Depending on the pruning system, the vines may grow around trellis wires.

The cost to have a hand crew clip wires and trellis cross arms before vineyard removal is $1,200 to $1,400 per acre, not counting the cost of pushing the vines and grinding them, Cunha said.

Even after the hand crews, the wire may remain imbedded in the wood. During grinding, the remaining metal causes undue wear on machinery, and small pieces of hazardous metal may be sent flying.

That is one reason the valley air board has recommended continuing postponement of the burn ban on certain types of vineyard removals, Clements said.

Since the phase-out was enacted, Linden-area cherry and walnut grower Ken Vogel has seen his costs tied to handling tree prunings continue to increase.

“It’s made things more expensive like everything else that comes from Sacramento,” said Vogel, who is San Joaquin Farm Bureau first vice president. “I’ve never seen a rule or new law that saves money.”

Because of the phase-out, he has had to buy a brush chipper he tows behind a tractor. Workers first windrow the prunings in the row middles, using a chain saw to cut up the larger pieces. Then the chipper is run down the middle.

Dave Phippen has the unique perspective of being both an almond grower and a partner in the family-owned huller-sheller Travaille & Phippen Inc. in Manteca.

As a grower, he’s seen the cost of removing and chipping old orchards steadily increase as the number of biomass plants that would buy the waste material has decreased.

“Every year it’s a little higher because the value of the chips diminishes,” he said.

Phippen last paid about $700 per acre for a company to remove and grind an orchard and haul away the chips. If he had wanted the chips spread on his field and disked, it would be $200 more per acre.

Phippen’s operation also has reduced the amount of pruning performed in orchards, partly because the cost of chipping and disposing the plant material has gone up. In addition, Almond Board-funded studies have shown it doesn’t pay to prune after young trees are initially shaped.

One concern Phippen has with the latest air board proposal is with branches that break during the season. In the past, he was able to obtain a burn permit for this “attrition category.”

“This year was a big crop and there was a lot of limb breakage,” he said. “You don’t bring in a chipper for that – you put them on the burn pile. If (the board) did away with that, we would have a major problem for the almond industry.”

Fortunately for Phippen and other growers, the attrition category is not covered by the burning phase-out law, Clements said.

As an operator of a huller-sheller, Phippen also has seen an increase in the amount of wood chips brought in with nuts at harvest since the burning phase-out began. The woody material is screened and separated from the nuts, piled in his yard and hauled away for disposal at an additional cost. The burning phase-out, he said, has resulted in a kind of shell game.

“That’s the fallacy of all of the studies the air board has done – chip it and the problem is solved,” he said. “It just kind of moved the problem to another place.”

Among the 2020 valley air board recommendations, which establish the final phase-out framework, are:

“The report is basically a call out for sustainable funding at $15 million per year,” Clements said. “We’ll be asking the state and federal governments for that. With CARB, we’ll be working closely with them to identify any funding available. With CDFA (California Department of Food and Agriculture), we’ll be recommending program enhancements on their part and actually dedicated funding for the valley.” The valley air board also will ask the Natural Resources Conservation Service to identify potential funding.

Authored by Sen. Dean Florez, D-Bakersfield, SB 705 was designed to phase out open-field burning of agricultural waste following a prescribed schedule. Every five years, the legislation requires the valley air board to review industry progress and technological hurdles. Should no economically feasible alternatives to open burning exist, the valley air board may temporarily postpone the deadlines.