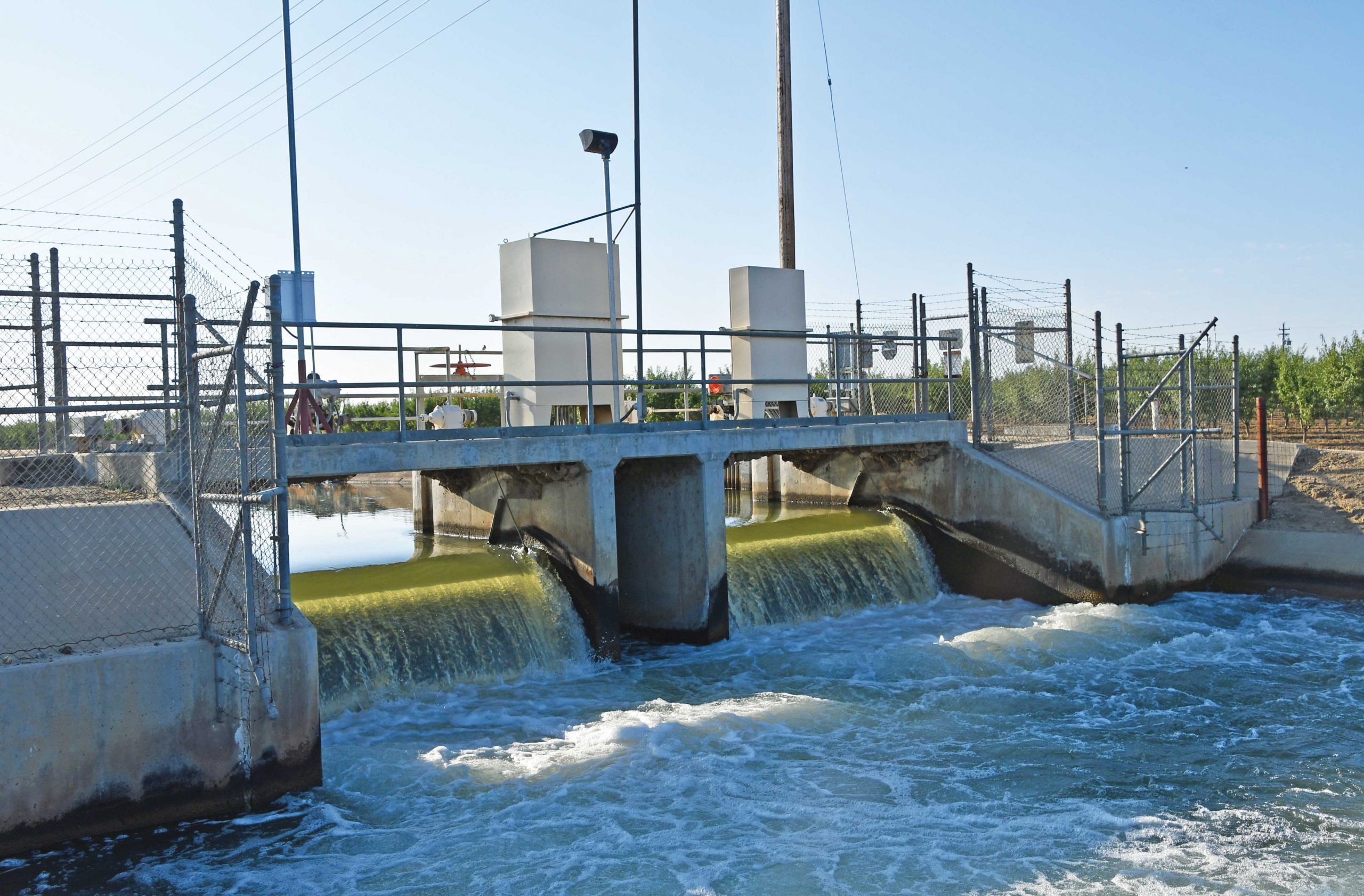 As water and labor supplies grow increasingly tight, many water users have turned to technology to help make more efficient use of what they have but not to the detriment of their crops.

Producers and irrigation districts alike have enlisted computerized automation and remote access that removes much of the labor-intensive water management while still allowing them to monitor the systems.

San Joaquin Farm Bureau First Vice President Ken Vogel, a cherry and walnut grower near Linden, said he’s all for technology that can make more efficient use of water and labor.

“When it comes to technology, we need to use whatever is useful and meaningful in the field – something that will save us time, is reliable and will save us labor, because it’s getting harder and harder to come by,” Vogel said.

Almond grower Dave Phippen and his partners in Travaille & Phippen share those philosophies. About 15 years ago, they began converting their old hand-read tensiometers to soil moisture sensors with remote computer access.

“We’ve got it done on most of the ranches, and they report to (Nick Gatzman’s) phone – not mine,” Phippen said, laughing. “We pretty much like to have a full bank account in the tree root zone most of the time. We also watch the ET rates from the county’s CIMIS readings. Our goal is we try to line those up.”

As the in-house agronomist, pest control advisor and a partner in Travaille & Phippen in Manteca, Gatzman is responsible for ensuring the almond trees receive enough water so they’re not stressed but not so much that they’re overirrigated. Overwatering not only increases pumping costs but it also can set trees up for diseases, such as root rots.

Phippen said they like to keep a full water profile in the root zone during the hot summer months because they’re rarely able to catch up with drip or microsprinkler irrigation should they fall behind with watering. Being able to use smartphones to remotely access soil moisture readings from their orchards scattered from Ripon to Escalon enables them to make the most efficient use of their irrigation, he said.

Before sensors with remote access, Phippen and his brother, Scott, used to drive to each orchard regularly to manually read the tensiometers.

“It was always a pain to do that,” Phippen said.

Many of the growers she deals with are smaller scale with 10- to 40-acre blocks, and they may be hard pressed to see the benefits of soil moisture sensors, Miller said. But in many cases, these systems may qualify for funding under NRCS’s Environmental Quality Incentive Program.

“The thing is initially 90% of the people aren’t interested in the soil moisture sensors, but when you show them a payment incentive that will offset their costs over a three-year period, I think they’re much more willing to try them out,” she said.

NRCS accepts applications for EQIP projects on a continual basis, with the agency wrapping up 2021 funding shortly. It will begin reviewing projects in the near future for fiscal year 2022, which begins Oct. 1.

“More people are asking about it,” he said. “Especially if this drought continues on for another year or two, I only expect more interest. It’s a great way to monitor what you’re doing.

“One of the benefits of having the telemetry is you don’t have to go out and check – it just reports to your mobile device or computer.”

Although Chesini recommends growers double check tree moisture status by having pressure bomb readings taken, he said telemetry saves the time and labor of having to visit each sensor to read it by hand, especially if orchards are scattered.

The sensors take readings at varying depths in the soil typically down to 3 feet. As a result, growers can monitor soil moisture depletion and replenishment within the crop root zone.

The sensors also record soil moisture readings every hour and upload that information, via cellular communication, to the cloud. That information can be accessed around the clock via smartphone or computer.

For orchards with fairly uniform soil types, Chesini recommends one sensor per block. If the orchard has widely varying soils, he recommends putting a sensor to monitor each major soil zone. The additional sensors also are more useful if the grower has multiple irrigation sets and can irrigate the different soil zones separately based on sensor readings.

“We want to make sure we rehabilitate all of the existing infrastructure that’s out there today as well as deploy and implement new technologies on a broad scale across the district to continue to allow flexibility,” he said.

At the same time, the district has to balance available revenue sources with how proposed projects might affect the cost of water deliveries to customers.

Midway through the water plan, SSJID had installed more than 310 magnetic flow meters at a cost of $6,000 each as of 2020. The meters are accurate to plus or minus 1%.

SCADA, or supervisory control and data acquisition, has been installed on 160 of those meters at a cost of $4,200 each. It allows users in a central hub, such as the SSJID district control room, to monitor, gather and process real-time data from remote locations.

Installation of automated systems continues on laterals, groundwater wells and pipes throughout the district with a goal of decreasing system losses while improving customer service.

“The efficiencies tend to build up over time,” Killingsworth said. “That’s been a big deal for us – the SCADA, telemetry and the microwave radio frequency allows us to view all of the controls remotely. So we can make changes without physically being there.”

The time savings has allowed ditch tenders, who formerly would have to visit sites to measure or modify water flows and deliveries, to focus more on grower service and communication, he said.

Some of the technological improvements were spurred by changing cropping patterns and associated demands within the district. Tree crops, which have been planted on drip or micro-sprinkler irrigation systems, have largely replaced flood-irrigated row crops in many parts.

That forced the district to develop pressurized delivery systems that were completed in 2012. In the days of flood irrigation, the first person on the pipeline would divert all of the water until the irrigation was complete. Then the next person would receive a full delivery

With micro and drip irrigation, Killingsworth said, a user may only want one-fifth of the full amount, requiring more delivery coordination from the district.