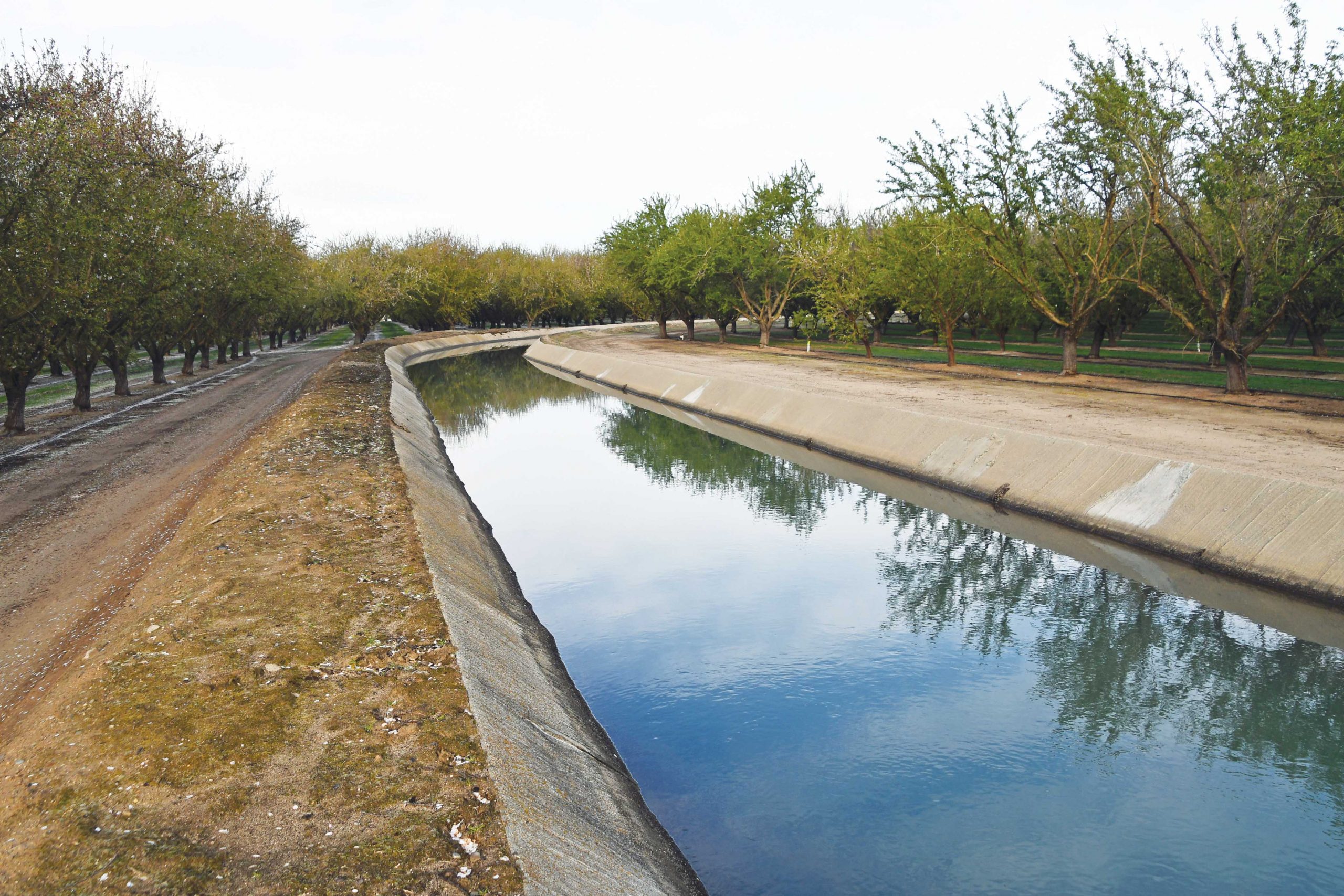 Recent storms may have added a bit to the Sierra snowpack, but they did little to make a dent in the prolonged drought. At the same time, accompanying freezing nighttime temperatures brought sleepless nights to almond and cherry growers who ran water in orchards to raise air temperatures above damaging thresholds.

Despite meager rainfall this season in San Joaquin County, South San Joaquin Irrigation District General Manager Peter Rietkerk said the region is still better off than areas to the south.

“Relative to other reservoirs in the state, New Melones is actually doing fairly well,” he said. “It’s just above its historical average for this time of year. But from just looking specifically at this year, we’re certainly critically dry.”

As of March 19, New Melones Reservoir, which serves both SSJID and the Oakdale Irrigation District, held 1,540,380 acre-feet or 103% of historical average for that date.

“It’s just a little early for us to understand what they will do for our water supply,” he said. SSJID and OID boards of directors decided about a month ago to make full deliveries this year but with the recommendation that growers conserve as much as they can.

“We think given our recent historic usage, we should be able to conserve our way through this year,” Rietkerk said. “Growers are looking at their systems and are trying to do their best to stretch every bit of water supplies we have available to us.”

That also holds true for the districts themselves, which continue to complete projects to improve water delivery efficiency, as well as the municipalities the districts serve. SSJID and OID also plan to make required fishery pulse flows in April and May.

‘We dodged the bullet’

With weather forecasters predicting a freeze, many almond growers ran water in their orchards the night of March 15-16, said Mel Machado, Blue Diamond vice president of member relations in Salida. By doing so, they can increase air temperatures a few degrees, which may be all it takes to prevent nut damage.

Machado cautioned those figures were produced under artificial conditions and may not realistically represent situations and variations within an orchard. Nevertheless, he said sub-freezing temperatures are never good for young almonds.

In some orchards with water, Machado noted temperatures of 35 to 37 degrees Fahrenheit compared to dry orchards, where the thermometer read 34 degrees. In some of the coldest spots in the county, growers reported temperatures of 30 and 31 degrees, he said.

Dave Phippen, who grows almonds with his family near Manteca, was one of those up long before sunrise March 16 running irrigation systems. He had alarms that alerted him when temperatures hit 35 or 36 degrees.

“It depends on how much time you need to get things going,” he said. “On our new ranches that are all micro-sprinklers, they will freeze up really fast, so you want something going at 34 or 33 (degrees).”

His son-in-law, Nick Gatzman, has weather stations he accesses from his smartphone, and he also called Phippen to alert him of pending cold temperatures.

His orchards appeared to have escaped damage, which he credited to about a half inch of rain from a March 15 storm as well as a breeze.

Air movement can break up thermal inversions, which are caused when a layer of warm air develops on top of a layer of cooler air, trapping it near the surface.

Machado said he was pleasantly surprised when he saw some 33-degree readings as he checked weather stations early on the morning of March 16. As he drove around looking at orchards, the temperature actually rose a degree, and he noticed a breeze started to pick up.

“So we got saved by the wind last night, and we didn’t have a full moon,” Machado said March 16. “I worry about a frost up to Easter.”

Cherry orchards were in various stages of bloom, depending on the variety and location, when the cold temperatures descended.

Jim Ferrari, who farms cherries and walnuts with his sons near Linden, had the water running, but temperatures never dipped below 33 degrees.

“I had everything going but we didn’t need it – we dodged the bullet,” Ferrari said.

SJFB Second Vice President Jake Samuel, who also farms cherries and walnuts with his family near Linden, took a chance and didn’t turn on their irrigation systems.

“We felt like the time frame and the amount of freeze wasn’t enough to sustain any damage,” said Samuel,. “It’s kind of hard to tell right now whether it did any damage.”

He also had to contend with mid-March sporadic rains, which can be a blessing and a curse. Rains during bloom can create conditions ripe for fungal diseases, so growers have to determine when to apply a fungicide.

“You have to pick and choose your battles,” Samuel said. “If you’re only at 10% bloom with chances of rain, you don’t want to spend $60 per acre to protect that 10%. We did go out and spray after this last rain.”

The materials they used had a bit of reach back, which will knock down any fungus that had started to grow and protect plant tissue from new infections.

On the plus side, he said the cool weather and sporadic showers increased humidity in the orchards, prolonging the viability of pollen. Hot, dry conditions, on the other hand, can dry out pollen and affect fruit set.

As Dave Simpson walked out his house near Lodi March 16 and saw the thermometer read 30 degrees, he was a bit concerned about his early winegrape varieties that had just started to push leaves. Adding to his anxiety was the white frost covering roofs and other elevated structures.

Upon inspecting his vines, he didn’t find any damage, even to the few early table grapes he has.

“It was a little scary, but we dodged the bullet – at least I did,” said Simpson, a San Joaquin Farm Bureau board member.

He had been ready to disk a vineyard when he saw the forecast of a freeze and thought better of it.

“You get some really cold temperatures with bare ground,” Simpson said. “Short weeds aren’t so bad. You don’t want to be caught with either tall weeds or dry ground. So I think we’re OK.”

Looking on the bright side, he said the storms also brought a couple feet of snow to the Sierra, increasing a meager snowpack.

“For the east side, we didn’t get a whole lot of rain, but if you get water from your water district, you’re probably feeling pretty good because the central part of the Sierra got a lot of snow,” said Simpson, who also chairs the SJFB Water Committee. “You have to be pretty happy if you’re irrigating out of New Melones or Hogan or Camanche.”