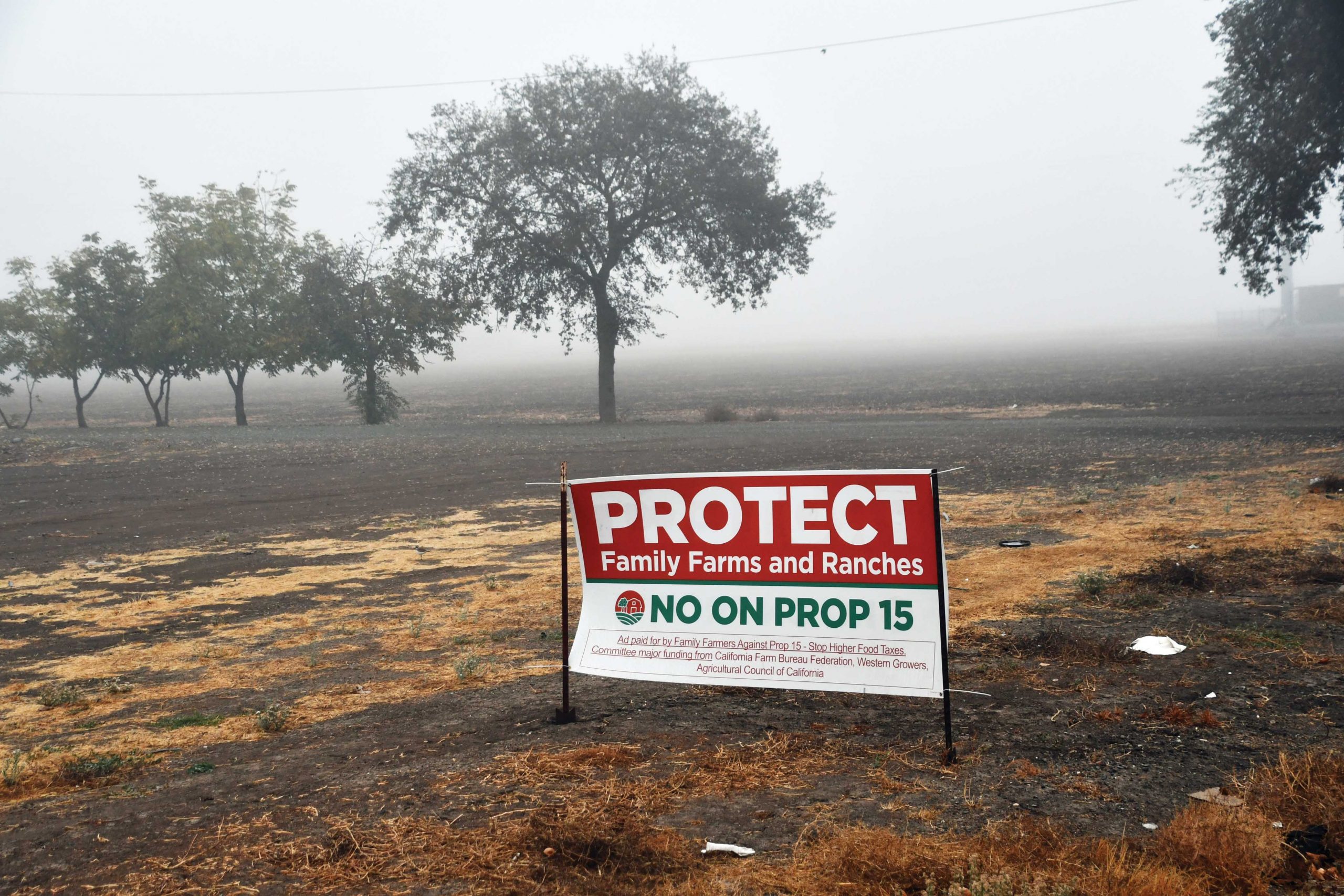 The 2020 election proved an overall win for the San Joaquin Farm Bureau as all three of the Assembly endorsements won their races and Proposition 15 was defeated. As of press time, SJFB-endorsed Robert Rickman is leading in his race for supervisor by 500 votes.

SJFB campaigned heavily against Prop. 15. The ballot initiative would have created split-roll property taxes and removed Prop. 13 protection for businesses and land improvements, including those made in agriculture. With nearly all precincts reporting statewide as of Nov. 20, Prop. 15 appeared to have lost 48% to 52%. Within San Joaquin County, the margin was significantly greater, with 59.75% voting against the measure and only 40.25% favoring it, according to county election results.

“It was nice to see that the whole state opposed it, but it was also nice to see that our county trended higher than the state average,” said SJFB President David Strecker, who farms row crops in the Delta. “I want to believe that (San Joaquin) Farm Bureau had something to do with it, getting the message out, talking to friends and neighbors, and even doing some social media work.”

The ballot initiative would have created split-roll property taxes and removed Prop. 13 protection for businesses and land improvements, including those made in agriculture.

“It was nice to see that the whole state opposed it, but it was also nice to see that our county trended higher than the state average,” Strecker said. “I want to believe that (San Joaquin) Farm Bureau had something to do with it, getting the message out, talking to friends and neighbors, and even doing some social media work.”

PAC board member Molly Watkins helped with the social media campaign on the PAC’s Facebook page, which highlighted Prop. 15’s financial impacts, Ferrari said. “People were really perking their ears up on that stuff, and it was a very sought after page, based on the number of hits we had.”

In addition, the PAC sent e-blasts and text messages promoting a “no” vote on Prop. 15.

“We tried to get the most bang for the buck,” he said. “I was very pleased, and the returns we got back were amazing.”

Paul Sanguinetti, a Stockton-area farmer and SJFB board member, agreed.

“People don’t realize that it’s not just my farming operation – it would be everybody else who depends on me for their livelihood. What would the chemical dealers do? What would happen to all of those businesses that rely on me spending money with them?”

SJFB Second Vice President Jake Samuel called the defeat of Prop. 15 a “huge support for small business and family farms. And I think it’s good that the state realized that more taxes aren’t going to do a thing.”

Both he and Strecker said they believed Prop. 15 supporters will return with a similar ballot measure in the near future.

“It’s been several years since they tried to do this, and you’re going back basically 40 years to when they put (Prop. 13) in place,” Strecker said. “I think they will turn around and they’re going to try to get something immediately, so we’re going to have to keep our game face on and watch things.”

“These are all people we can reach out to and talk to and hopefully come to an agreement with on how things should progress forward,” Strecker said. “They also are people who are nice to have in our phone list of people we know we can talk to and work with.”

Samuel agreed. “We’ve worked with these people for such a long time. We want to continue to work with these guys and they want to keep working with us.”

In national races, the Democrats maintained their majority in the U.S. House, but they lost several seats from a preelection count of 232. Among them was one held by 30-year veteran Collin Peterson, D-Minn., who chaired the House Ag Committee.

Rep. Jim Costa, D-Fresno, has said he wants to chair the committee of which he’s been part since 2005. Rep. David Scott, D-Ga., also has thrown his hat in the ring. One of the big tasks the ag committee will likely face this term is rewriting the current Farm Bill, which expires in 2023.

Although Costa brings with him knowledge of California’s diverse agriculture, Strecker said the congressman also does not share the same positions on various water issues as the San Joaquin Farm Bureau. Costa, for example, favors a cross-Delta project such as the governor’s Delta Conveyance tunnel to deliver more water to his constituency south of the Delta. SJFB, on the other hand, opposes the Delta Conveyance because of the environmental devastation it could cause the fragile Delta as well as the economic ruins it could bring to Californians in general.

“As a Northern Californian and as a Delta farmer, one of the key things is obviously going to be water discussions and water wars,” Strecker said. “There’s a divide regardless of the political affiliation between Northern and Southern California.”

The U.S. Senate makeup still hinges on two run-off elections in Georgia in January. Currently, Republications have 50 seats compared to 48 for the Democrats. If Democrats win both seats, Vice President-elect Kamala Harris would cast the tie-breaker on party-line votes. Should Republicans win one or both of the Georgia seats, it would give that party a majority in the Senate.

Although the runoff election is 3,000 miles away, the results could have bearing even on San Joaquin County, Strecker said.

“With Kamala Harris, Joe Biden and what happens in Georgia, are we going to start hearing about WOTUS (Waters of the United States) and death taxes again?” he said. “It’s extremely important because President Trump overturned a lot of regulations that dramatically affected the ag community across the nation. Having gridlock in Washington isn’t a bad thing, depending on what side you’re on. It’s nice to have checks and balances.”