“Until the Last Drop” MID Documentary 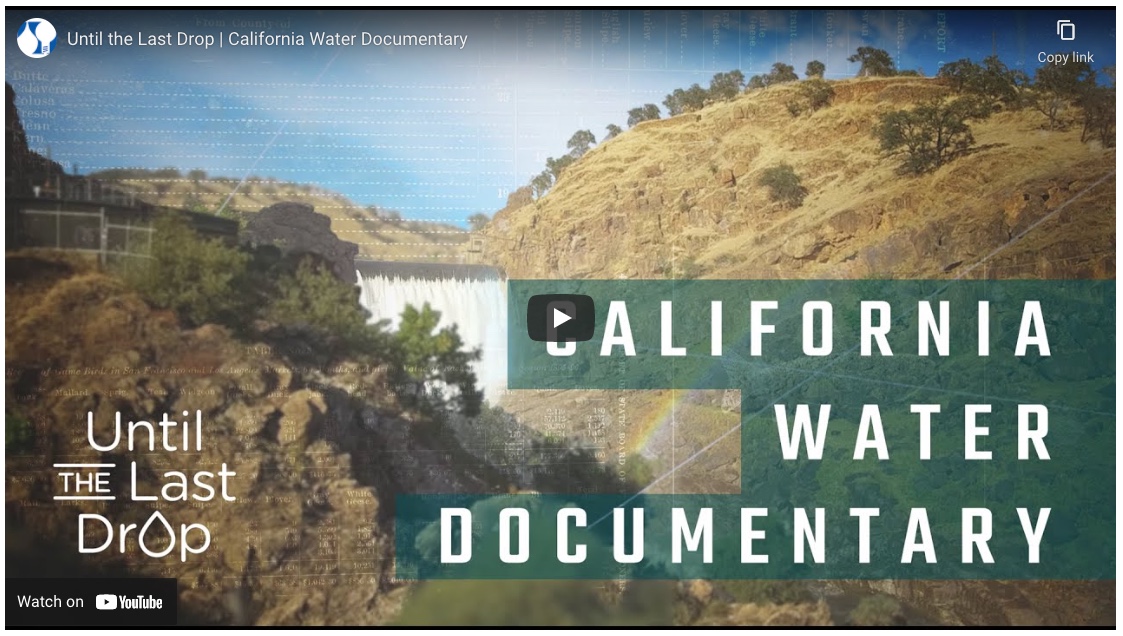 “Until the Last Drop,” a feature-length documentary filmed along the banks of the Merced, Tuolumne, Stanislaus and San Joaquin Rivers is scheduled for virtual release Labor Day weekend 2020. In this probing film, Modesto Irrigation District (MID) along with Final Cut Media examine the rivers that have transformed the San Joaquin Valley, helped create cities and nourish the world.

Through interviews with more than two dozen scientists, elected leaders, appointed officials, water managers, conservationists and farmers, the filmmakers explored the controversy over how much water should remain in the rivers for environmental uses and how much should be shared with the 2.6 million people who drink it and the farmers who use it for growing food.

“If you’re going to say something important about water in California,” said Prof. Jay Lund of the UC Davis Center for Watershed Sciences, “you have to expect that not everyone is going to be happy with it.”

Dunbar, Sanchez and the team at Final Cut Media traveled throughout the Northern San Joaquin Valley, into the heights of the Sierra, scientists’ laboratories and skyscrapers overlooking San Francisco.

“What we found,” said Dunbar, “were fiercely dedicated people who wanted to protect what is important to them. But not one of them was willing to ruin the rivers, or give up eating, just to get their way. There are real opportunities for solutions, and people are looking for them. Especially the people closest to the rivers, the people who live here.”

MID partnered with Dunbar, Sanchez and the Final Cut Media team to help breakdown the complex issues and create a visually compelling narrative.

“Our vision in development of this film was to amplify the voices of those involved and affected by critical California water discussions and decisions – decisions that will have effects far beyond Modesto and the San Joaquin Valley,” said MID Board President Paul Campbell.

Dunbar began writing about California’s water issues during a 30-year career with The Modesto Bee. In transitioning to documentary filmmaking, he found a more in-depth way of telling similar stories. Sanchez, a decorated veteran of the Iraq conflict, wasn’t sure what he would find as he delved into the Valley’s water wars. So, the accomplished videographer concentrated on managing film crews using two or three stationary cameras, light reflectors, mobile sound equipment and even drones to film in more than two dozen locations.

Modesto-based Final Cut Media has been developing content for broadcast, online, and theatrical release for over 20 years. Their credits include work with dozens of local and state agencies to tell the unique stories that impact our valley. “Until the Last Drop” is the next chapter in their ongoing work.

“Telling these stories is important to helping those beyond the Central Valley understand the unique challenges we face,” stated Mike Daniel, documentary producer and CEO at Final Cut Media. “This documentary shines light on our most important resource and showcases the tireless work of many to keep our water flowing, our rivers thriving and food growing.”